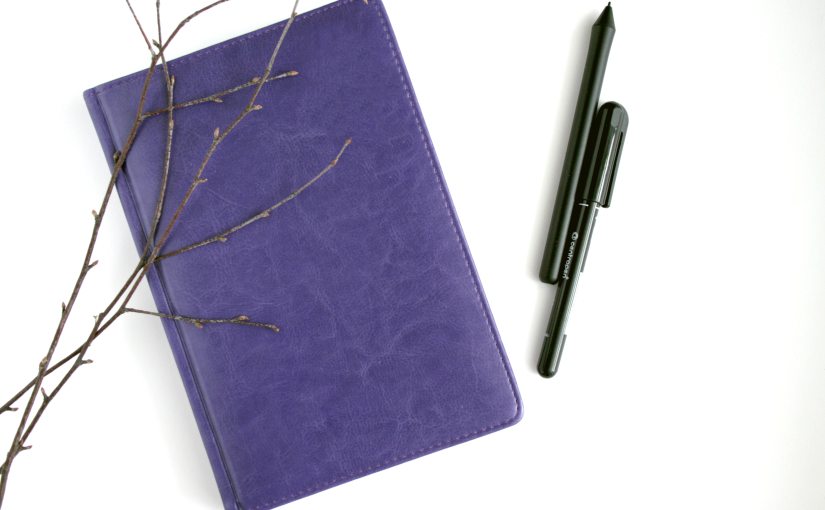 The Pre-Conception and Pre-Natal Diagnostic Techniques (PCPNDT) Act, enacted in 1994, aimed to end female foeticide by forbidding techniques of sex determination before or after conception. This Act provides for various rules that keep a check on female foeticides. It mandates the maintenance of detailed records of foetal scans which is a key feature of this Act.

It is these records that form the basis of inspection of medial service providers and medical facilities. The Act, as a measure of preventing sex determination, also prohibits advertisements related to pre-natal sex determination and sets punishments for those who infringe these laws.

This act has played a crucial role in improving the sex ratio across the country through stringent methods of deterrence. Sex ratios have improved immensely in many States. However, the act has not been successful to completely end female foeticide from India. This social vice continues to prevail in the country due to the regressive mindset of people and the existence of loopholes in the execution of the law. Despite its imperfections, the Act stands as a great example of the power held by legislation to bring changes in society.

On 4th April 2020, the Ministry of Healthcare and Family Welfare issued a notification suspending the implementation of certain rules under the PCPNDT Act till June 30, 2020. These rules pertain to administrative tasks and procedures such as report submissions and registration renewals. This suspension sparked anger and disapproval from different groups of people. It was urged that this suspension diluted the law and created room for its misuse. In their defence, the ministry elaborated that the law is not suspended and the changes brought relate to relaxation in certain submission rules. The Health Ministry further reiterated the need for maintaining the necessary records daily.

COVID-19 has created a sense of emergency across the world. India is observing a nationwide lockdown since 24 March 2020. The suspension of these rules was thus announced keeping in view the measures taken during this lockdown. While some see this suspension as a need in the times of the crisis arising due to COVID-19, others see this as an act that would further deepen the existing loopholes.

What are the suspended provisions?

The notification by the Ministry of Health and Family Welfare stated that due to the COVID-19 epidemic rules 8, 9(8) and 18A(6) of the PCPNDT act will remain suspended. This suspension will remain till 30 June 2020.

The suspended provisions of the Act deal with administrative procedures and norms. This suspension thus delays the formal requirements within the Act and does not dilute the law. It bears no direct consequences on the spirit of this Act. However, it is pertinent to mention that these rules form one of the major pillars on which this Act stands. Thus, the suspension of such rules might have an indirect effect on the spirit of application of the law.

Rule 8 of the PCPNDT Act deals with the renewal of registration of ultrasound clinics, genetic laboratories, genetic clinics, and imaging centres. Such renewal is valid for five years and must be done 30 days before the date of the expiry of registration. This rule is one of the most essential requirements of this Act. Registration marks the beginning of organization and control. It keeps a check on the activity of the clinics seeking renewal. But, with the recent notification issued by the Ministry, all license renewals face a delay till June 30.

Rule 9(8) of the PCPNDT Act mandates all genetic counseling centers, genetic laboratory, genetic clinic, ultrasound clinic, and imaging center to submit a detailed report of pre-conception or pregnancy-related procedures and tests carried out by them. These reports are sent to the Appropriate Authorities monthly. This is yet another crucial rule under this Act. It is one of the most effective precautionary methods against malpractices.

Rule 18A (6) of the act deals with the code of conduct to be followed by the Appropriate Authority. This rule mandates all Appropriate Authorities to submit a quarterly report to the government. They are also required to maintain records of licensed practitioners under law. This rule is in furtherance of rule 9(8) of the Act.

These regulations help to keep clinics and medical centers in check. They help in keeping the actions of such clinics and facilities in line with the regulations of the Act. These three rules have played a significant role in improving the sex ratio in India.

The notification revoking the above-stated rules under the Act led to a debate. Activists argued that such a suspension would weaken the scope and effect of the law. The Ministry had to jump in to clarify that the revocation does not eliminate the need for maintaining records.

Why are they suspended?

The COVID-19 pandemic is the main reason behind the suspension of the three rules under the PCPNDT Act.

The coronavirus outbreak has affected all spheres of life today. It has brought the world to a standstill. India has been in a nationwide lockdown. No movement is allowed except that of essential services. Ultrasound clinics, genetic laboratories, genetic clinics, and imaging centers are also considered to be essential and continue to function amid the lockdown.

With the suspension of rules, the medical service providers are no longer under the mandate to submit monthly reports to Appropriate Authorities at least till 30th June. As there is no need to submit the time-consuming and bulky reports, they are relieved of some of the pressure they were facing. Some people, however, argue that this creates room for the evil of female foeticide. The Ministry defends its decision by explaining that this suspension does not change the maintenance of daily records to be done by the concerned labs or centers. It is only the submissions to appropriate authorities that have been delayed until 30 June.

These rules have also been suspended to ensure less physical movement and thus curtail the possibility of the spread of the virus. Despite all the technological advancements and digitalization, the medical sector continues to use traditional ways of storing and sharing data. Activities like report compilations, license renewal, report submission would have been easier through online mode. However, a lack of such a facility has made compliance with submission rules difficult in the present scenario.

The rules have thus been suspended to prevent any possibility of the spread of the deadly virus.

Problems associated with such suspension

The PCPNDT Act has been successful in reducing female foeticides to a great extent by prohibiting pre-natal sex determination. But, it has not completely eradicated this issue. Despite the strict punishments stated in the Act, female foeticide is still practiced in our society. It is a sensitive issue as it not only deals with the place of women in our society but also their bodily autonomy. Thus, any relaxation that can deepen the existing loopholes in the law would lead to damaging consequences.

The relaxation of the three rules under the PCPNDT Act creates a possibility of misuse. Sex selection and determination tests could be done freely in the absence of checks. Thus it would dilute the entire purpose of the Act.

Various activists have argued against the suspension. They have requested the immediate reinstitution of these rules. However, the Health Ministry has argued that the remaining provisions of the Act are not suspended and would remain in practice. These provisions will continue to stand against any practice of prenatal sex determination.

The clinics and laboratories are still restricted from taking part in any sex determination activity. The Ministry also argues that the revocation of a few rules does not imply that the mandate to maintain records ceases to exist. It rather means that there has been a delay in the date of submission.

The mere presence of laws and respective punishments is not fully effective in deterring the lawbreakers. Thus, a system of check upon the actions is also essential. By providing clinics and laboratories with a longer time for submission of reports, the Ministry has opened a window for possible pre-natal sex determination. This can further lead to an increase in female foeticide cases.

As the laboratories and clinics don’t have to submit reports for the next three months, it would be easier for them to be a part of sex selection rackets. Earlier, the norm to submit monthly reports ensured a fast check on the actions of clinics, labs or centers. With the relaxation in rule 9(8), this check has been removed. Hence, suspension of the rules under this Act would weaken the only scrutiny provided by the Act. It would pose a great problem to the society by giving rise to the possibility of a dwindling sex ratio amid the corona pandemic.

The debate arising due to the suspension of three rules under the PCPNDT Act points out the worrisome scenario presented by sex ratios in India. India has improved its sex ratio from 927 per 1000 men before the Act, in 1991 to 943 in 2011. India has worked very hard to make progress in this field. Thus, it cannot take decisions that can pose harm to this progress. With the decision of the Ministry of Health and Family Welfare, there comes a possibility of a rise in the number of female foeticides. The suspended rules acted as a check and their absence can lead us back by many years. Thus, this suspension has triggered a debate in society.

This suspension has deepened the existing loopholes in the law. They can now be exploited by various sections of the society and thus defeat the purpose of the Act. While the Health Ministry continues to focus upon the need for the suspension in the present times, it ignores how the sole mode of inspection has been uprooted.

The debate on the suspension of a few rules of the PCPNDT Act further highlights the importance and the benefits of digitalization. The current situation could have been avoided if the process of renewal of registration and submission of reports was done digitally. In such a case, the rules would not have been suspended.

Even though the Act will remain in practice, without its essential rules its implementation won’t be the same. COVID-19 has brought challenging times upon us but there was no urgency that demanded such a suspension. Additional guidelines could have helped. But now this suspension of rules has put many unborn lives in danger.

The unbalanced sex ratios continue to form a prominent feature of Indian societies. It points to society’s bias against women that makes killing an innocent child prevalent practice. With the help of various legislations, the sex ratio in India has seen an improvement. The ratio has experienced a mere improvement. The main reason behind female foeticides is the regressive ideology that still prevails in the society. No law can eradicate it but can only curb it. The regular submission of reports highlighting the prenatal tests and procedures conducted by a clinic, it was easy to keep a check.

The Ministry of Healthcare and Family Welfare has suspended the rules 8, 9(8) and 18A (6) of the PCPNDT Act till June 30, 2020, due to the lockdown in place amid COVID-19. Although this suspension was notified as a measure to help the society fight a serious outbreak, it comes with the possibility of a rise in cases of female foeticide. Dealing with one terrifying situation must not mean giving birth to another terrifying scenario. Thus, the possibility of an increase in female foeticides must be considered. Suitable stepsmust be taken to ensure that measures taken due to COVID-19 do not further harm the societal balance.