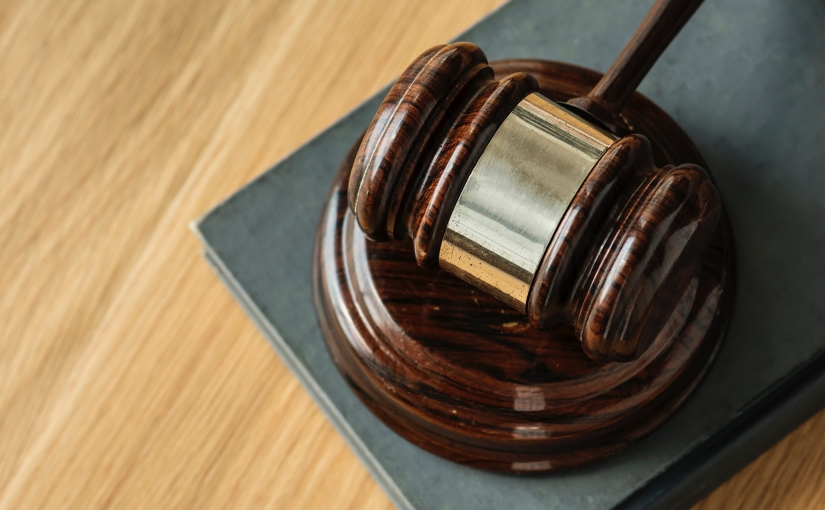 It was observed by the Supreme Court that the term ‘‘appropriate proceedings’’ under Article 32 of the Constitution does not hint at the form, but hints at the purpose of the proceeding, as long as the purpose of the proceeding is to enforce a Fundamental Rights, any form will do. Initially, cases entertained by the Supreme Court or the High Court were only from litigants who were affected directly. But after the Public Interest Litigation, the courts also acknowledged those cases which indirectly affected the parties, for the interest of the general public. The initial motive of the Public interest litigation was to make the courts more responsive to the issue of inequality and poverty, but later it became a medium for justice.

The seeds of the idea of Public interest litigation case were first planted in India, by Justice Krishna Iyer, in 1976 in Mumbai Kamagar Sabha V Abdul Bhai (1976 AIR 1455). The primary announced instance of Public interest litigation was Hussainara Khatoon V State of Bihar (1979 AIR 1369) that was based on the brutal states of jails. The Public interest litigation was filed before the bench, headed by Hon’ble Justice P.N. Bhagwati in the name of the suffering prisoner, Hussainara Khatoon. Hon’ble Justice P.N. Bhagwati broadened the rules of Locus Standi to community orientation from traditional individualism through public interest litigation. However, he gave an extensive exposition in S.P.Gupta vs Union of India (AIR 1982 SC 149), known as “the Judges Transfer case”. He observed that when a legal injury is caused to a definite class because of violation of their basic, legal rights and such person on account of their poverty, illiteracy are unable to reach out to the courts for relief, then any member from the public could apply Article 32 and Article 226 of the Constitution, seeking judicial relief for the legal wrong caused.

Through this judgment, Public interest litigation turned into an intense weapon for the requirement of “open obligations” where official activity or offence brought about open injury. Also, subsequently, any resident of India would now be able to move toward the peak court of the nation looking for lawful cures in all situations where the interests of the overall population or an area of general society are in question. Justice Bhagwati did a ton to guarantee that the idea of Public interest litigations was plainly articulated. He did not demand the recognition of procedural details and even treated common letters from open disapproved of people as writ petitions.

Vishakha vs State of Rajasthan (AIR 1997 SC 3011) dealt with sexual harassment of women at workplace. In this case, Mrs Bhanwari Devi, a social worker in a programme initiated by the State of Rajasthan to curb child marriages was gang-raped to seek vengeance. The trial court acquitted the accused, but a petition was filed under the Supreme Court in the name of Vishakha.  This case laid down the guidelines concerning sexual harassment at workplace and highlighted the definition of sexual harassment. This case played an astounding role in bringing up of Sexual Harassment at Workplace Act. 2013.

M.C. Mehta vs Union of India (1987 SCR (1))-   This Public interest litigation was filed before the court, concerning the tanning industries located on the banks of river Ganga that were responsible for the pollution of the river. The petitioner requested the court to restrain the respondent from releasing waste effluents into the river and questioned the responsibility of Kanpur Nagar Mahapalika. In its final judgement, the court held that no efficient steps were taken by the State Board to avert the release of effluents into the river Ganga and ordered the tanneries to set up primary treatment plants or secondary treatment plants. It observed that just like an industry which cannot pay minimum wages is denied existence, similarly an industry which cannot set-up primary treatment plant cannot be allowed to continue.

Lakshmi Kant Pandey vs Union of India (1984 AIR 469)-    The Supreme Court in this public interest litigation dealt with the issue of malpractice of the alleged adoption agencies and neglect when approving inter-country adoptions. The Supreme Court in its judgment set forth safeguards such that adoptions by foreigners would be operated in a manner promoting children’s welfare and their right to family life. Justice Bhagawati laid down principles and norms which should be followed in determining whether a child should be allowed to be adopted by foreign parents. Although adoptions help in reducing orphanage and destitute, yet the problem of the orphanage has been raised due to the various types of abuses associated with it.

The main aim of public interest litigation is to safeguard the interest of the society and to see if justice is served to all irrespective of poverty, helplessness, or disability. By taking up the issues affecting the disadvantaged section, Public interest litigation aimed to become a tool to bring social revolution through constitutional means, something that the founding fathers had hoped. It made sure that the court takes cognizance of matters relating to the environment, the welfare of children, economic exploitation, and preservation of culture, ecological imbalance and deliver justice for the same.

The following points cover the objectives of Public interest litigation: –

Public interest litigation is an outcome of judicial activism. The lone purpose behind this move is to make the judicial system more responsive towards the need of that section of the society which, because of various reasons, cannot bring their grievances to the court. The aim is to make the judiciary more reformative. The judiciary serves as a sentinel for the society and through this movement; courts could order far-reaching remedial measures. Public interest litigation is a tool for upholding the fundamental rights and the factor that leads to its growth is its benign approach towards the downtrodden class. The matters which are taken up by the legislature are particularly private and unrelated to the welfare of hoi polloi. The growth of public interest litigation is because it is filed with an interest to protect the masses or the underprivileged.

The scope of reform can be seen in the following aspects

Public interest litigation has expanded the jurisprudence of human rights in India. After the introduction of this form of litigation, the recognition of human rights as important as education, health, livelihood became relevant. It is a device which broadens judicial remedy. On a theoretical level, Public interest litigation has helped the Indian Judiciary in gaining public support and establishing legitimacy in society. It acts as an avenue to enforce diffused rights for which either it is hard to recognize an aggrieved person, or where distressed persons have no incentives to knock at the doors of the courts.