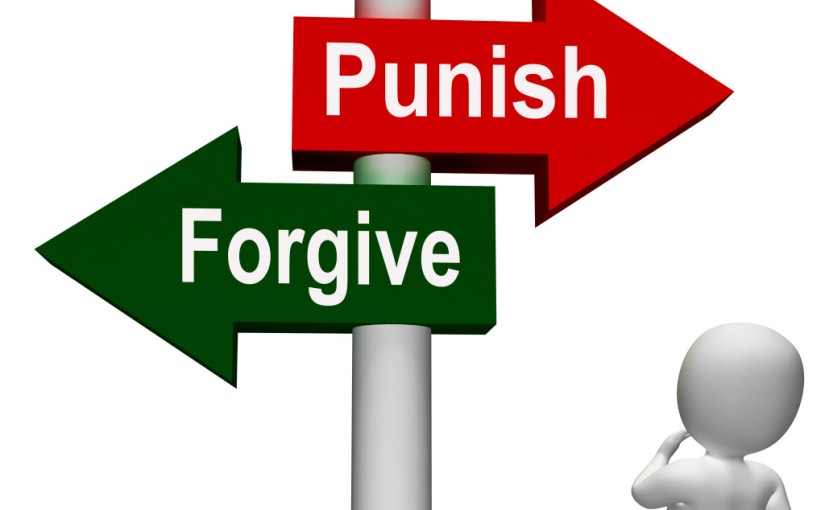 As per the Merriam Webster dictionary, the word “Pardon” means to excuse or to forgive for a fault. Pardoning or showing mercy or leniency can be seen as an act of grace or humanity, to show belief in morality, but it can also be seen as a Constitutional scheme determining ultimate authority that the public welfare will be assured by inflicting less pain. The Pardoning power of the President is mentioned under Article 72 of the Indian Constitution. The Article grants the President the power to grant absolution, remission show leniency or excuse any punishment in situation where a death sentence has been issued. Apart from the President, the Governor also has the power to grant a Pardon under Article 161 of the Indian Constitution.

The jurisprudence behind Pardoning is that it would create a sense of guilt. The underlying philosophy in the “Pardon” is “every civilized country recognizes and has, therefore provided for the Pardoning power to be exercised as an act of grace and humanity in proper cases, without such a power of clemency to be exercised by some department or functionary of government, a country would be most imperfect and deficient in its political morality and in that attribute of deity whose judgments are always tampered with mercy.”[1]

The Pardon exercised, acts as an act of mercy and humanity to show existence of morality. It reflects a two-fold purpose – to prevent any judicial errors to happen and to provide relief from a sentence that is considered to be harsh. The power to Pardon helps create sense of belief in the public to be able to depend on the system, the only the legitimate conclusions will be taken out. The main aim of the power is to work for the welfare of the public. The power allows one to be removed from the title of accused to that of an innocent, hoping to create a sense of responsibility and provide protection.

The Pardoning power of the President was first mentioned in Article 59 of the Draft Constitution. It was later adopted with minor amendments under Article 72 of the Constitution of India, the power to Pardon is mention as:

“72. Power of President to grant Pardons, etc., and to suspend, remit or commute sentences in certain cases

(1) The President shall have the power to grant Pardons, reprieves, respites or remission of punishment or to suspend remit or commute the sentence of any persons convicted of any offence-

(a) in all cases where the punishment or sentence is by a Court martial;

(b) in all cases where the punishment or sentence is for an offence against any law relating to a matter to which the executive power of the Union extends;

(c) in all cases where the sentence is a sentence of death.

(2) Nothing in sub- clause (a) of clause (1) shall affect the power conferred by law on any officer of the Armed Forces of the Union to suspend, remit or commute a sentence passed by a Court Martial.

(3)Nothing in sub-clause (c) of clause (1) shall affect the power to suspend remit or commute a sentence of death exercisable by the Governor of a State under any law for the time being in force.[2]”

The term Pardon indicates removal of both, the sentence as well as the conviction absolving the convict. The term Commutation denotes substitution of one form of punishment with another lighter punishment. The term Remission implies a lesser duration to the sentence with same nature. Respite denotes awarding a lesser sentence due to an important fact and Reprieve implies holding out a death sentence for a period of time.

The Governor is also provided with the power to Pardon under Article 161 of the Constitution of India.

According to the Article,

“161. Power of Governor to grant Pardons, etc., and to suspend, remit or commute sentences in certain cases

The Governor of a State shall have the power to grant Pardons, reprieves, respites or remissions of punishment or to suspend, remit or commute the sentence of any person convicted of any offence against any law relating to a matter to which the executive power of the State extends.”[3]

Judicial review of Pardon of power

The question of the executive exercising the power to Pardon has always been in question, but with the landmark judgment of Epuru Sudhakar & Anr vs Govt. Of A.P. & Ors, it was held that the power underlying under Article 72 and 161 would be subjected to judicial review.

The nature and ambit of the Pardoning power has been questioned through a number of cases. In the Ranga Billa case, the appellant filed a writ petition in the Supreme Court, challenging the President’s discretion to grant Pardon because no reason was given for the rejection of his mercy petition. The Court dismissed the petition observing that the term “Pardon” itself signifies that it is entirely a discretionary remedy and grant or rejection of it need not to be reasoned. Before this, in cases like Maru Ram v Union of India and Dhana v State of West Bengal, the Supreme Court stood on its opinion the power to Pardon should not be exercised by the President or the Governor on their own but by the central or the state government or with its involvement.

But in the case of Kehar Singh v Union of India, the Supreme Court held a different opinion. It focused on the fact that the provision under the Articles has a wide amplitude, contemplating a number of categories and kinds of cases with varying situations. The grant by the President is an act of mercy and grace and not a matter of right. The grant is used for the public welfare varying from case to case. It was said that since the power exercised by the President is exclusively of administrative nature, is not justiciable.

In Epuru Sudhakar & Anr vs Govt. Of A.P. & Ors, the Court set aside the decision of the then Governor, remitting the sentence and warned, that the exercise of the power would be tested by the Court against the maintenance of Rule of Law. The Rule of Law is the basis of all Courts’ decisions. It is to remind that the power to Pardon is a matter of discretion with certain standards, it is not a matter of privilege but of duty. The Supreme Court, to prevent the undue exercise of this power against religion, caste, political loyalty or any other discrimination, settled that the power to Pardon of the President and the Governor under Article 72 and 161 of the Constitution would be subjected to judicial review.

Understanding the Exercise of Pardoning Power

Article 72 of the Indian Constitution mentions the power of the President to grant Pardons reprieves, respites or remissions of punishment or to suspend, remit or commute the sentence of any person convicted of any offence where the sentence is a sentence of death.

Although the President is bound by the Cabinet’s advice, Article74 (1) empowers him to return it for reconsideration once. If the Council of Ministers decides against any change, the President has no option but to accept it.

Taking the thought forward, the President is one of the executive to have the power to provide a way of justice. Although the President does not has the absolute power and is governed by the Council of Ministers, there has been a significant amount of discussion regarding the constitutionality of the President having the power to grant pardon. The framers of the provision kept in mind the misuse of power that could happen in the line of justice. The provision of pardon helps create a check in the system, which the State can avail.