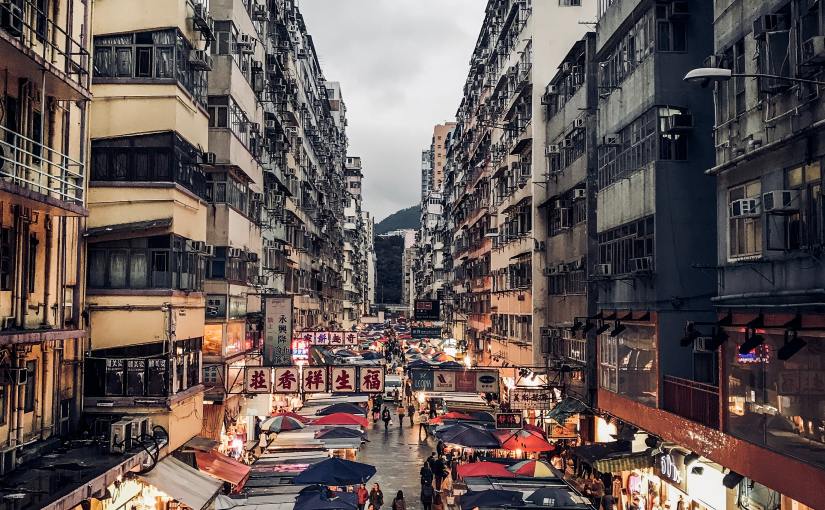 The new and approved law by China has drastically affected many citizens in Hong Kong. The law itself was passed following a unanimous approval from the National People’s Congress Standing Committee of 162 members. This law has been subjected to excessive criticisms internationally and has irrefutably affected citizens in Hong Kong, which is supposed to be a semi-autonomous region. One reason why this enactment is difficult to accept by many activists is because the National People’s Congress had passed this controversial security law in a unanimous manner by completely neglecting to consult and choosing to ignore the opinion of the Hong Kong legislature.

In order to fully grasp the nature of this new law, one must first understand what it is. The new national security law includes offences such as secession, terrorism, colluding with foreign forces and subversion against the Chinese government. Terrorism charges could apply in circumstances where the city’s transport networks are seriously interrupted, which protestors frequently did and advocating for foreign governments to impose sanctions, which again the citizens had done with the US and other governments. All of these offences carry a lifetime imprisonment instead of a 10-year imprisonment, which had been previously suggested. Furthermore, the draft of the legislation was not public before it was passed. Hence, the majority of the citizens in Hong Kong did not understand the law fully before it began to govern them, which is extremely difficult to accept for many citizens. The Hong Kong leaders have previously urged to enact this legislation, but 500,000 people in 2003 had gathered on the streets to protest against this enactment.

This law allows Chinese officials to operate in Hong Kong, which was not allowed previously and to give China the power to override laws in Hong Kong. Indeed, authorities in China will have jurisdiction over cases in Hong Kong, thus many offences in Hong Kong may be tried in China. In fact, the legislation gives the territory’s chief official answering to China, the power to decide the judges that would hear the trials for state security charges, which might perhaps limit the autonomy of the judiciary in Hong Kong. Moreover, in some cases even closed-door trials are to be permitted. China is also to establish a special police force in Hong Kong through the law to assure that the law’s implementation is successful to investigate special cases following instructions from China.

Essentially, if an inconsistency arises, the law would override Hong Kong’s legislation and Leong states that these provisions fundamentally alter Hong Kong’s legal system. Indeed, many believe that the passing of the law goes against the idea that China is one country with two systems. This model was designed for Hong Kong, which was previously a British territory and was given back to China in 1997 as a semi-autonomous special administrative region. This model allowed Hong Kong to keep its own currency, to have its own identity, free speech, judicial system, culture, press, and right to assembly and freedom from censorship against the authoritarian rule in China. However, as critics have suggested the law has perhaps altered the system into being a “one country, one system” and has significantly altered the freedom that the citizens had previously enjoyed and were promised to enjoy.

Nonetheless, the law also has far reaching implications on an international level. For instance, the United States announced that they will terminate their defence equipment exports and controlled dual-use technologies to Hong Kong. US Secretary of State Mike Pompeo had stated that the reason for these actions had been that if Hong Kong is treated by China as one country with one system then so will the US and that such an action is needed to protect US national security due to the inability to make a distinction between China and Hong Kong. Furthermore, Prime Minister Boris Johnson of Britain even promised to permit three million citizens from Hong Kong the ability to live and work in Britain and in Taiwan it was expressed that efforts would be expanded to provide refuge to protestors who would want to leave Hong Kong and that in certain predicaments, the government would aid with work, study visas and other matters.

Anti-government protests have dominated Hong Kong’s streets since June 2019 against the Chinese efforts to implement the new national security law, which they believe would undoubtedly increase its power over the region. In both China and Hong Kong, the leadership announced that the new law will affect the legitimate rights of Hong Kong’s residents even though China had vowed to respect the “two systems” principle. The US, UK and Australia have all voiced their opinion that they oppose the new law and the European Parliament on June 23rd had voted to bring China before the International Court of Justice over the decision to enact the new law over the semi-autonomous Hong Kong. Moreover, the foreign ministers of the Group of Seven counties had also intervened to urge China to reconsider its decision to impose national security legislation.

Many suspect that the Chinese lawmakers had introduced this law to limit free speech, news media critical of the Chinese government and protests in Hong Kong, which may contradict Hong Kong’s independence and democratic opposition. Indeed, pro-democracy activists and the Hong Kong Bar Association have extensively criticized the law, the Association calling it unconstitutional. Most of the criticism around this legislation is because many anti-legislation activists believe that the legislation will have the power to extinguish the protests movement that prevailed last year against the Chinese government. Some activists had even shut down their social media accounts for being pro-democracy and some political groups moved overseas and businesses had removed certain posters and artwork, which could be seen to support the violent demonstrations. While, the Chinese foreign ministry stated that the reason behind this legislation had been due to an urgency, which arose after thousands being injured and arrested and millions of dollars of damage being caused after the protests. On the other hand, others suggest that that this has to with the elections for the city’s legislature in September.

The legislation has once again sparked new unrest in Hong Kong, however much less severe than before perhaps because more than 50 people who protested against the law were arrested on Sunday and many fear that the national security law might further discourage other protestors who are not of a violent nature. Hong Kong’s global business attractiveness and perhaps China’s drastic measures to quell possible future pro-democracy movements in search for more control has caused Hong Kongers to raise funds for protests and seek parliamentary and governmental support around the world. The US Congress had passed the 2019 Hong Kong Human Rights and Democracy Act and the 2020 Hong Kong Autonomy Act, and the Hong Kongers abroad seem determined to fight against the policies in Beijing by choosing to even be away from home while doing so. One can only wait with severe anticipation about the future of Hong Kong as such tensions should be resolved as soon as possible for the good of Hong Kong.