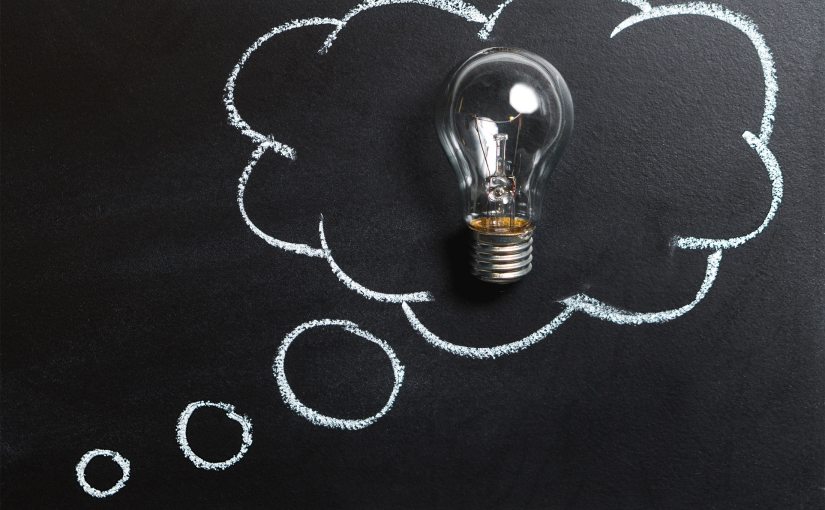 Elections are close in Delhi and no party is leaving even a single stone unturned to give their side an edge over their opponents, for this the representatives of these parties are going at length to show that how foul the other party is but recently for Anurag Thakur and Pravesh Sahib Singh, it has lost the direction on the morality radar, resulting into an embargo by the Election Commission of India. Here in this article let us look into what the matter was and what essentially the Model Code of Conduct is.

Details of the incident

In Anurag Thakur’s case, while addressing a public meeting in the Rithala Assembly constituency he while giving his views on the Anti-CAA protests, chanted “shoot the traitors of the country” while using slurs against the protestors. After the imposition of the embargo, he told the Election Commission that he did not have the intention to create or promote enmity between different religions, ideologies or communities.

In Pravesh Singh’s case, there were two different accounts where he made objectionable statements during where a public meeting in Vikaspuri firstly and then during an interview with the news agency ANI. He, being an outspoken member of the party, when was asked about the protests against the Citizenship (Amendment) Act in Shaheen Bagh, said the protestors would enter the homes of the common masses and rape their women.

On these accounts, the Election Commission found both leaders liable for the violation of the Model Code of Conduct and Representation of the People Act, 1951 by making an undesirable and objectionable statement which considering the present Indian Scenario was seditious in nature.

What is the Model Code of Conduct?

The Model Code of Conduct is a set of guidelines issued by the Election Commission to regulate the actions political parties and their candidates before elections, so as to ensure free and fair elections. These guidelines have been made in consonance with Article 324 of the Constitution, which gives the Election Commission the power to supervise elections to the Parliament and state legislatures. It becomes operational from the date when the election schedule is announced until the date of results.

Model Code of Conduct for campaign

Model Code of Conduct contains eight distinct provisions dealing with various aspects of elections such as general conduct, meetings, processions, polling day, polling booths, observers, party in power, and election manifestos. All this is to ensure that the elections go on smoothly and there is no malpractice done throughout the elections. Some of the important provisions under various headings are as follows:

Is the code enforceable?

As of contemporary times, the Model Code of Conduct is not directly enforceable by law. However, certain regulations are enforceable through provisions in various statutes such as the Indian Penal Code, 1860, Code of Criminal Procedure, 1973, and Representation of the People Act, 1951. It is ironical but the Election Commission has asked not to make them legally enforceable because elections being held for a short period need no long-running judicial proceedings. On the other skill, in 2013, the Standing Committee on Personnel, Public Grievances, Law and Justice, recommended making the MCC legally binding and make it a part of the Representation of the People Act, 1951.

Scope of improvement in election laws

Modern-day elections need a great overhaul because of the stagnancy and the latency that was ever-present in its mechanism. The most significant improvement that could be done in the field of election laws is to make voting compulsory. Though this would not necessarily make a radical change, it would drive a lot more people to the polls and make them aware of their duties as an Indian citizen.

As recommended by the Law Commission in its 2015 report a restriction should be imposed on government-sponsored report advertisements for up to six months before the date of expiry of the House/Assembly because it gives an advantage to the ruling party to issue advertisements that highlight its achievements, which results into an undue advantage over other parties.

To avoid the malpractices that were ever-present in Elections the government should come up with a plan of registration through biometrics so that a person can vote only once thereby reducing the prevalent custom wherein a party worker votes multiple times which leads to an undue advantage to the party.

These are a few but very important points to be observed and revamped in Election Laws. As of now, the overall election system seeks a major overhaul and this is only possible when the governments would take some drastic steps.

Therefore, based upon these observations it could be concluded that the Election Commission is indeed taking necessary measures to conduct fair and peaceful elections in the country. But it cannot be denied that the guidelines mentioned under the Model Code of Conduct are not executed properly which is the greatest lacuna or drawback of the entire system.

For all these reasons, there is a strong need for election reforms in the country which could overhaul the contemporary mechanism and shifts the entire paradigm on a smooth track which is alone is the way to a balanced democracy. 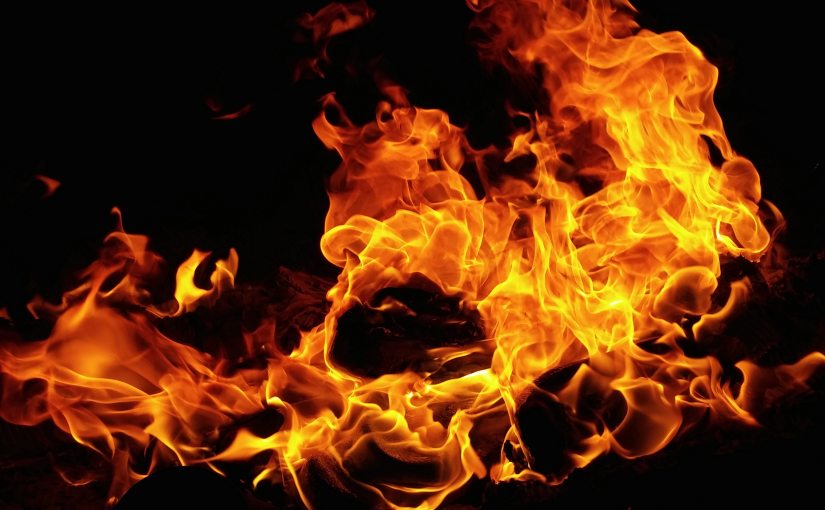 A few months after the Karol Bagh Hotel fire massacre, another tragedy has been struck in Anaj Mandi, Delhi. Almost 43 lives have been reported to be dead and several injured in the said incident. It took place in the early hours of December 8, 2019, where a massive fire broke out on the second floor of a four-storey building located in an area designated as residential.

An unauthorised manufacturing unit was being operated inside the building which was responsible for the employment of numerous workers. The building covered an area of approximately 500 m2 and had just a single door which made the rescue of the trapped personnel extremely difficult.

The window grills and meshes of metal had to be cut off to enter the property. Only a single fire tender was sent at a time because of the narrow congested lanes. Despite having two staircases, only one was functional as the other one was blocked by stocks and supplies.

The structure was not in possession of a fire clearance and lacked proper ventilation. The property was filled with a lot of inflammable items such as plastic sheets, cardboards, rexin, etc. The major reason for the fatalities was due to asphyxiation as the workers were sleeping around the machines when the fire broke out.

As a preliminary action, the proprietor of the said property has been taken into custody along with the manager to ascertain the problem. The owners and the management do play a vital role in the negligent behaviour regarding the incident, but the administrative authorities are also to be looked upon as the building had no fire clearance and still it was functional.

This event coincidentally happened before the Assembly Polls, where the opposition can now raise a huge question on the administrative wing of the AAP Government as it is responsible for the labour and civic services in Delhi.

The weak enforcement of regulations and casual attitude towards the illegalities has raised the occurrences of these tragic incidents. The government officials are also to some extent responsible for aiding and abetting in these incidents as crucial safety rules are being ignored and licences are still granted to these establishments to conduct unauthorised activities.

The property comes under the purview of Delhi Laws (Special Provisions) Act, 2006 which lays down the provisions for protection of illegal/unauthorised construction from being sealed. Various other acts are also to be considered for the same, such as The Factories Act, 1948, which deals with problems of occupational safety and health in factories.

Proper internal inquiries among the administrative departments should be commenced for overlooking various substantial violations across the civic bodies. The laws and provisions are properly made for keeping an elaborate check on the illegal and unauthorised activities, but the lack of effective mechanism for the same has become one of the main reasons of these illegal activities to continue in plain sight.

The main effect that the lack of initiatives for systematic mechanisms incurs is of the absence of any viable accountability. The government entities must be held accountable for such misconduct along with the wrongdoers. The fast-track courts are the best alternatives to get justice to the victims in these scenarios.

The general masses have shown great empathy towards the victims of this tragic incident. Furthermore, great concern regarding the conduct and functioning of the administrative wing of the government has surfaced in the minds of many.

Questions in respect of operation of the appropriate authorities to keep a check on the illegal activities and to maintain a common standard for the potency of the business and establishments have been raised in social media as well as in newspapers and magazines.

People on a large scale have raised their voice for the introduction of a proper mechanism to eradicate the erroneous practitioners and to prohibit the implementation of illegal spheres of trade and commerce.

There are also very conflicting views amongst the audience as to who should be blamed for the same as on one hand the establishment is unauthorised and doesn’t abide by the provisions. On the other hand, it is providing livelihood to many workers and is bread and butter to many.

How can we save ourselves in a similar circumstance?

The feeling of fear rushes into one’s whole body and soul when he/she is trapped in a dangerous situation. The most important thing that strikes the mind is to eradicate that fear by saving one’s own life.

It’s not easy to tackle a situation such like this, but one must try to make the most out of his/her efforts to be safe and sound. There are some important things that one should do when he/she is stuck in a building which has caught fire:

Public safety is a serious issue and it must not be compromised at any cost. It is the duty of the proper authorities and of the government to chart a course with a novel nature which should make the procedure of inspection or examination much easier and efficient.

In the race of development especially in the urban areas, the wrongdoers are indulging in shortcut methods to earn money more quickly and also to escape from the clutches of proper regulations. This has not only encouraged more and more people to act the same, but they have no fear of punishment for misconduct.

With the strong enforcement of regulations along with easier and efficient procedure for procurement of different licences for a commercial establishment, the general notion among the people will definitely change and will bring about welfare in the commercial society as well as the administrative body. The new occupational safety code must be amended in such a way so as to adapt to the needs of both the employer and the employee.