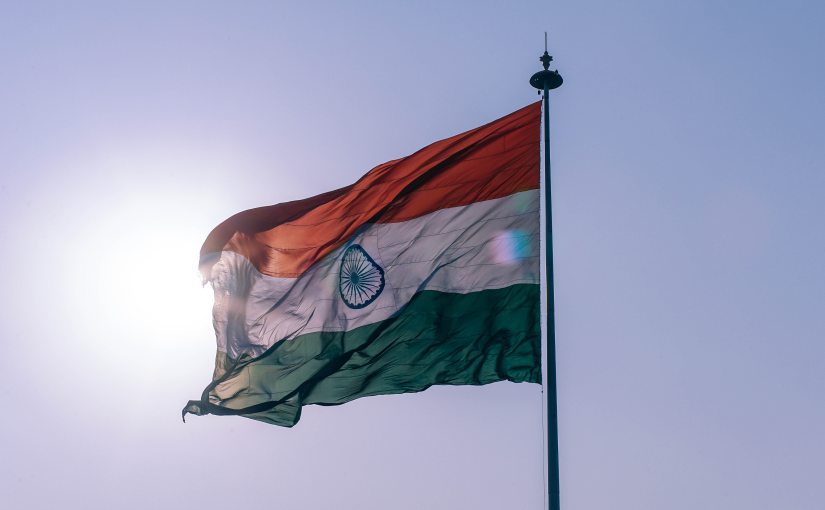 Indiscipline amongst the Members of Parliament (MPs) and disruptions of parliamentary proceedings which leads to utter chaos—it is a sight which ideally should be uncommon in the Parliament but has become a part of its usual affairs. This is why it did not come as a surprise when the Budget Session resumed on March 2 with a chaotic environment in the background.

This session began with very loud demands of the resignation of Home Minister Amit Shah by the Opposition in the wake of the Delhi riots. The demands of opposition were met with equal protest on part of the government and it led to increased tensions between the two. The situation escalated and it was only three days after the Session had resumed that the 17th Lok Sabha witnessed its first suspension. Seven MPs belonging to Congress were suspended for disrupting the parliamentary proceedings for the remaining Budget Session that is set to end on April 3.

The current session of parliament began with disruptions from the very first day. It was the demand of the opposition that a discussion on Delhi riots should take place. The government wanted to keep this discussion after Holi but this delay was not acceptable to the Opposition. From entering the well to sloganeering to show of placards to even walking towards the benches of BJP MPs, the opposition made sure its protest against the delay was registered. This situation, however, escalated with time and became much more intense.

Lok Sabha Speaker Om Birla gave warnings that were heard but not paid any heed. He got so upset with this disruptive situation that he did not attend the Parliamentary proceedings for the next two days. Even his absence could not bring about a change in the environment of the Lower House of Parliament.

On March 5, the proceedings began amidst slogans which intensified with time. Later on, Congress MP Gaurav Gogoi and others were seen snatching papers from the Speaker’s table, tearing them and then tossing the pieces at Deputy Speaker Rama Devi, who was in the chair at that moment. Consequently, the House was adjourned. At about 3 pm when the House met again, Parliamentary Affairs Minister Prahlad Joshi moved forth a motion to suspend the seven MPs from Congress namely T N Prathapan, Dean Kuriakose, Gaurav Gogoi, Rajmohan Unnithan, Gurjeet Singh Aujla, Benny Behanan, and Manickam Tagore. The motion was passed by a voice vote amid protests from the Congress party and the seven MPs were suspended for the remaining session. The Government demanded the termination of the membership of the suspended MPs for which the Speaker set up a panel.

Significance of this development

Currently, Lok Sabha is comprised of 545 members from about 37 political parties and a handful of Independents who come from different parts of India. Each member has his own set of notions and ideologies. Everyone has something to say. The eagerness to speak and to be heard in the House is often mixed with ego and a temper that runs high. It gradually leads to clashes within the House. The proceedings are always at the risk of being disrupted as one never knows the turn of events that might take place.

Every disruptive step by the Opposition is matched equally in force by the party in power. Holding placards, shouting slogans, entering well of the House, disrupting proceedings by creating a ruckus is a common sight inside the Parliament. The recent suspension of seven MPs not only raises the question concerning the behavior shown by the members but also regarding how they are dealt with by the Speaker of the House.

Procedure for suspension of MPs from Parliament

Rule 374 of the Lok Sabha Rules empowers the Speaker to suspend a member for disregarding the authority of the Chair or for abusing the rules of the House. He can name such a member and when a motion is made, he can put forth the question regarding the suspension. If a member is suspended under this Rule, he has to withdraw without delay from the precincts of the House. Such a suspension cannot exceed the remaining period of the session. A similar provision is found under Rule 256 of the Rajya Sabha Rules.

Rule 374A was added to the Lok Sabha Rule Book in 2001 and empowers the Speaker in the events of grave disorder to place a member under suspension without meeting the necessity of a motion. There is no such rule in the case of Rajya Sabha.

The Speaker has the power under these rules to suspend the MPs but the power of revocation of the suspension is vested within the House.

Grounds on which suspension can take place

Rule 374 provides for the following grounds of suspension:

Rule 374A deals with the automatic suspension of members who are recalcitrant and provides for the following grounds:

The Speaker is “the guardian of the rights and privileges of the House”. What will constitute a disregard of the Chair’s authority, abuse of House rules or persistent and willful obstruction of business, is decided by the Speaker.

In the present case, the seven Congress MPs were suspended for their unruly behavior and gross misconduct.

The suspended MPs did not just disrupt the proceedings of the House by shouting slogans but they also showed utter disrespect towards the Chair as they snatched some papers from the Speaker’s table, tore them and threw them over. This incident happened two days after Lok Sabha Speaker Om Birla had already warned the Opposition for entering into the well. Consequently, Meenakshi Lekhi, who was in Chair when the House met after adjournment, named the seven MPs for their “condemnable behavior”.

In furtherance, Parliamentary Affairs Minister Prahlad Joshi moved a resolution under Rule 374A of the Lok Sabha Rules which was then passed by a voice vote.

With the suspension of seven of its MPs, Congress cried foul and called it a dictatorial decision based on revenge politics. Congress even called this the decision of the government rather than that of the Speaker. On the other hand, BJP which is in power welcomed this decision of suspension.

It is common for the Speakers to be influenced by the government. In many occasions, the government favors withdrawal or suspension of MPs to ensure the proceedings are not disrupted and it is reflected through the Speaker of the House.

However, in case of an arbitrary suspension, the aggrieved MP can move to Supreme Court for legal recourse.

It was in Raja Ram Pal v The Hon’ble Speaker, Lok Sabha & Others [Writ Petition (civil) 1 of 2006] that the apex Court upheld the doctrine of basic structure as was laid down in the Kesavananda Bharti case and re-established the balance between the executive, legislature, and judiciary as provided by the Constitution.

The Court held that it was the duty of the legislature to respect the basic structure and that of the judiciary to protect it. The Court’s decision in this case is interpreted to establish once and for all that “the Supreme Court is the final arbiter”. It is the responsibility of the Apex Court to ensure that the rights and privileges of the members of the legislature are equally protected.

The disruption of parliamentary proceedings not only wastes the time of the Parliament but also becomes a taint on the reputation of this esteemed institution. With the live broadcast, the proceedings of Parliament can be watched from a common man’s living room. If he sees his elected representatives acting in an unruly manner, it can lead to a loss of faith in the system.

The Speaker of the House is empowered to suspend such MPs who are found to show gross misconduct and utter disrespect to the House and the Chair. These mechanisms, however, do not seem to be enough in the long run as indiscipline and obstruction of the business of the house have become a common practice.

The order of suspension is met with protest from the Opposition and welcomed by the party in power. What should be the unbiased order of the Speaker is often seen as a political move. Recourse against an arbitrary action lies with the Supreme Court and has been used on multiple occasions too. The need of the hour, however, is to get better mechanisms to ensure smooth functioning of the Parliament.